The Theatrical Stage Employees (IATSE) announced Monday that 60,000 members who work in television and film production across the country have voted—by a nearly unanimous margin—to grant IATSE International President Matthew Loeb the authority to call a strike. This is the first time in IATSE’s 128-year history that members of the union have authorized a nationwide strike. “The members have spoken loud and clear,” said Loeb. “This vote is about the quality of life, as well as the health and safety of those who work in the film and television industry. Our people have basic human needs like time for meal breaks, adequate sleep and a weekend. For those at the bottom of the pay scale, they deserve nothing less than a living wage.” Overall voter turnout was nearly 90%, and support for strike authorization was more than 98%. 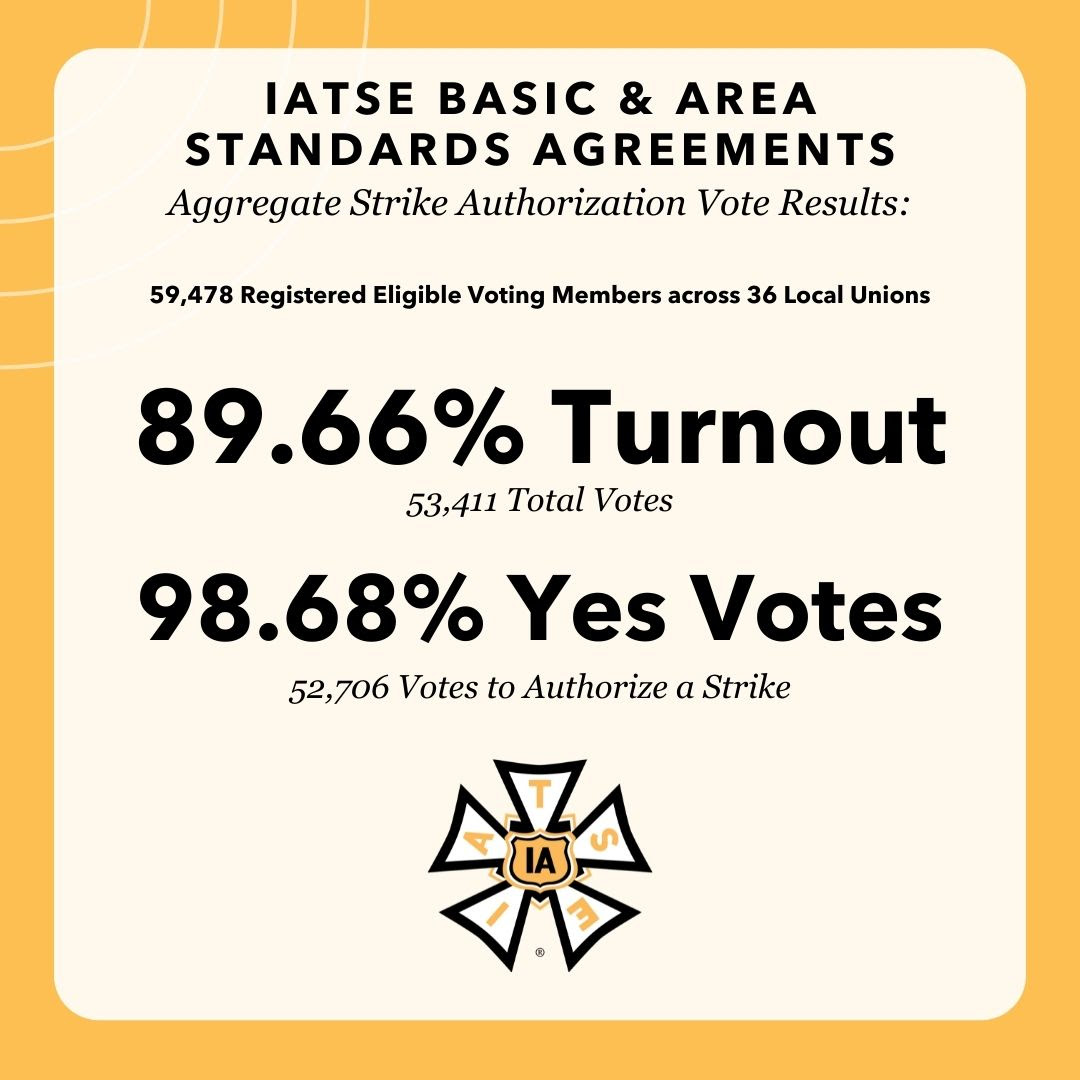